Ever forget what you are saying while you are talking?

Most of the time, your brain gets you back on track, but occasionally we lose the point altogether, and that sucks!

I have been a victim of that on many occasions, and from my research, there seems to be a common thread of why this happens.

Not being in the moment or lacking attention is often the cause. However, I didn’t think that applied to me; after all, I often share or make an important point, so I’m in the moment, alright!

To put it another way, knowing your content very well will reduce the number of times it happens. But yes, it will still occur.

What to do when you lose your train thought?

Delevople a question or a sentence to use to allow the train of thought to come back. And it will come back, and trying to remain calm is the key.

Examples for a group:

Tip; Keep your notes handy and on the relevant point. In preparation rehearse rehearse rehearse exactly as your going to do it, in the same spot if possible and always in full dress with all of your equipment.

To make this point, I want to share why it’s so important. Every military unit around the world rehearses every operation or maneuver repeatedly. Because it works, remember, know your content!

Examples for when you’re with friends:

Five tips to prevent losing your train of thought.

Put your arms up in the air and make a V shape. Doing this will increase your success rate, make you bolder, and lift your confidence.

An experiment was conducted where people would jump off cement diving blocks.

All were given the same pep talk, but only half were told to power pose (V shape) and repeat the words I’m the best before they went out to jump.

Those who power posed jumped from higher blocks and explained that they felt more confident than the non-power posers.

We have covered this above already. But let’s lay it out in some simple steps.

Step one, know your content aloud and alone in your room

Step two, see the content with people passing by. By standing up and reading the content aloud around others but not talking to them.

Step Three, record your presentation of the content. Review adjust and repeat.

Step four, rent a crowd, family, friends, or free beer will get you a group.

Crazy right, chewing gum can increase your recall by around 25%. Why this is true is not known precisely, but a theory refers to the phenomenon as ‘mastication induced arousal.

By chewing, we increase the blood supply to the head, which leads to a brain boost improving performance..’

In Kelly McGonigal’s book “The Willpower Instinct.” Kelly talks about the five most important things we can do to increase our willpower. And the number one thing is ‘Get enough sleep.

I do all of the above, and I take alpha brain.

Alpha Brain is a Nootropic made famous by Joe Rogan, a part-owner of Onnit, the maker of Alpha Brain. Some like to compare Alpha Brain to other Nootropics like Modafinil, which is fair.

I prefer to use both, but more about that later! Alpha Brain is a supplement that improves Cognitive Functions like memory, verbal recall, and focus!

Alpha Brain’s three significant benefits are caffeine and Gluten-Free, and Keto-friendly. What I like about Alpha Brain is it’s made from natural products.

Two tablets of Alpha Brain should be taken with a light meal daily. 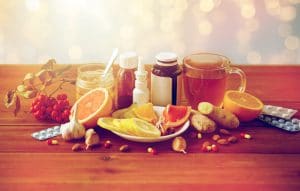 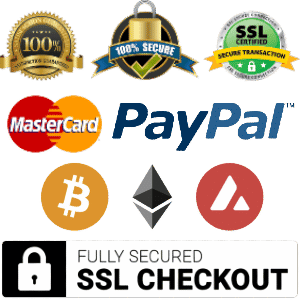